I am sure the masses are dying to see my Top 5 of 2009, detailing what one 40ish white boy from a mid-major city that listens to too much NPR has to say about music. I will say that 09 is a slightly better all around year than 08, which was terribly weak musically. The best albums of 2008 were a bit better than 2009, but all around there was better music 1-50 (last year I struggled for a top 50, this year I had 75 albums competing).

Of course, 2008 and 2009 are still no match for 2004-2007 with 07 as the high water mark of the decade. I am hoping, as I did with 2009 that the streak will begin again. With new albums by Frightened Rabbit, Spoon, The National, Arcade Fire, The New Pornographers, Vampire Weekend, Charlotte Gainsbourg (and Beck), Blitzen Trapper, D’Angelo, Amy Winehouse, The Magnetic Fields and BRMC expected in the coming year, things are looking up.

5. American Saturday Night by Brad Paisley- Throw your unused compact discs at me right now all you music snobs. One of your own has gone to the hack infested light, like a moth unaware of his impending doom. Here’s the thing. I fully acknowledge that there are some mainstream albums that should be on this list. I just don’t listen to a lot of that music since I would have to sit through the inanity of most auto-tune infested radio friendly pop, country or rock songs as well as commercials, huckster deejays and American Idol-like shrillness. That said, every once in a while a hugely successful genre artist transcends their boundaries and creates art for the masses and the time capsule, be it Jay-Z, Justin Timberlake, Beyonce or Brad Paisley (yes, even Coldplay and John Mayer are capable). It cannot be dismissed as Walmart Rock (my vernacular- I should share my criteria sometime) by the supposed snobs that listen to another type of corporate rock (Starbucks Rock- looks indie, but really isn’t). Brad Paisley is such an artist. His guitar work is sublime. His lyrics, while hokey at times, are quite smart, his voice is solid and his songwriting is on par with the masters of the genre. He hits his mark on this album, which may be the best of the year (I just can’t fully admit it- not there yet). As a solid Blue Stater, I love the tweaks to the country music clichés he sneaks in, especially his love of diversity and uncompromising optimism about the future (Emerging Christians can learn a lot about him if they say they have a theology of hope). Welcome to the Future (song and video) brought me to the verge of tears on my first listen, reminding me of a U2 anthem of the 80s and Then reminds me that power ballads can be pretty good sometimes (if I like a power ballad, it must be genre busting). As George Michael told us once, “listen without prejudice.” 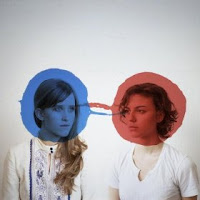 4. Bitte Orca by Dirty Projectors- How does one classify this album? Is it Indie Rock? Is it Indie Soul? Is it something wholly other? I guess it does not matter. It sounds great. Stillness is the Move is the best song of the year, the moment in time Talking Heads meets Mariah Carey, unlike any song I have ever heard. The shifts and dime turns on this album, sometimes it is instrumentation while at other times it is time signature or tempo changes remind me of Toxicity by System of a Down, although 2 albums could not sound any more different. I highly recommend this album for anyone trying to stretch their boundaries while still liking accessibility.

What is interesting about the Top 3, and what separates them in some ways is the emotional resonance I have with the lyrics and music. Each conveys an emotional truth in a way that connected with me greatly, much like Frightened Rabbit did last year and Arcade Fire did in 2007. I am not sure what that means, but I find it interesting. 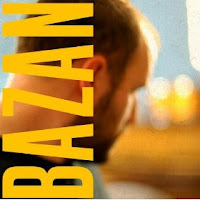 3. Curse Your Branches by David Bazan- A soundtrack for my life in 2009, I connected deeply with the lyrical content on this excellent album by the former Pedro the Lion leader. Never a huge Pedro fan, I always appreciated and respected their work more than liking it. I found Bazan’s lack of emotion and wry observations brilliant, but cold. Even if I think he is one of the artists best exemplifying an Emerging Christianity, I don’t have too like his voice, do I? And then, unconstrained by the Pedro label and organized Christianity, Bazan finds his voice and releases the best thing he has done. Bazan actually sings on this album. Bazan actually uses interesting instrumentation on this album. Bazan actually creates melodies on this album. In other words, he focuses on the entire songcraft, not just the lyrics. Guess what? The lyrics don’t suffer. In fact, when sung over great melodies the lyrics come alive. And what lyrics they are. Curse Your Branches and Hard to Be speak a poetic truth to the inner working of the soul most of us would dare not speak in public, even to our closest friends. Thank you David for sharing your hurt, disappointment and lack of faith with us, so our similar feelings have words. 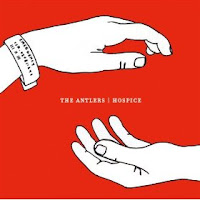 2. Hospice by The Antlers- I struggled greatly with #1 and #2, moving between them 3 times while making this list. So, today The Antlers’ Hospice is the second best album of the year, one that reminds us that youth and the creation of great art can be simultaneous. Maybe I get this concept album in which a man loses a loved one to cancer since I work in hospice. Maybe I like the deep emotion over Sigur Ros and Radiohead-like music (2 bands no one will accuse of emotion). For once I agree with Pitchfork in its declaration that this album has the ability to emotionally devastate listeners. Power like that must be weld properly and it is. You can listen to it without letting it overtake you, but if you give this album a bit of your heart, it will move you. This is beautifully harsh music unlike anything I have heard, yet strikingly familiar. 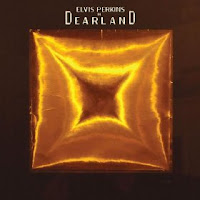 1. Elvis Perkins in Dearland by Elvis Perkins in Dearland- How does one follow up a stunning debut of overwhelming emotion and the best folk album of the past few years? By finding a band and turning up the volume on this at times raucous and wholly unexpected album. Elvis, still reeling from the death of his mother on Sept. 11 finds the hope missing on Ash Wednesday, especially on the escapist Shampoo and the dancing at the end of the world rave up Doomsday (imagine Prince’s 1999 as a folk rock tune). He still knows how to rip you to shreds with a line like “I love you more in death than I ever could in life” on 123 Goodbye, reminding me that in a just world, he would be heralded as the new Dylan, because he shares Dylan’s diversity of musical stylings, proper use of harmonica, ability to stretch his voice beyond its norm and lyrical prowess (yes, I think he is in Dylan’s class as a lyricist)- plus he has a very nice voice (imagine, if you will, Dylan and Jeff Buckley). If Brown University creates Ira Glass and Elvis Perkins, I am pushing my kids there now. And, Anthony Perkins, I want to thank you for more than playing Norman Bates in Psycho. I want to thank you for your son, already on his way to being one of the greats, even if no one is paying attention.

Add his EP Doomsday to the mix for a perfect year.

Funny, stillness is my least favorite jam on that record, but I love the rest of it. It's probably one of the best Zeppelin rip-offs I've heard.