In Praise of Brad Paisley: Subverting the Form for Impact 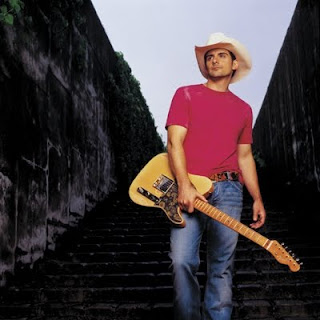 First of all I must declare my lack of love for contemporary country music of the Nashville variety.

Don't get this Southern Boy wrong. I do love other forms of country music: Traditional Country and Western (ala George Jones, Marty Robbins and Loretta Lynn), Outlaw Country (Waylon, Kris and Merle), Bluegrass (Allison Krauss, Ralph Stanley), Texas Country (Robert Earle Keen, Lyle Lovett), Alternative Country (see Drive-By truckers, Wilco, Ryan Adams and the Cardinals, Uncle Tupelo) and those which expand country in new directions (Cash and Lucinda). When I hear a country song, I want steel guitar, energy, ragged production, edge and twang. I love it when the wheels are about to come of. I don’t want auto-tune, faux nostalgia, obvious rhymes, maudlin sentimentality and pop beats. I guess it is because I grew up in a farm house 11 miles outside of a small Southern town before moving to a trailer 3 miles from the same town. Either that or as a music snob, I think I know authenticity.

I hold contemporary preaching with the same disdain. Don’t get me wrong; I love good story telling, humor, the prophetic tradition, brave insights and eloquence. However, like my music tastes, I run screaming from arrogance, judgment, lack of Biblical insight, shallowness, theological punditry, politics disguised as Gospel, self-help and the same old thing. My least favorite thing about country songs is that I know exactly where they are going before they get there. I hate the same thing in many sermons. If I can guess where you are going, then I don’t need you. True art keeps me guessing.

So what does this have to do with the biggest country singer of the decade not named Taylor Swift?

Brad Paisley is a guy I just started listening to… because, like any well informed city folk I allowed the mainstream media to influence me. Jody Rosen, the quintessential New York Jewish rock critic loves Paisley and stated so on Slate. So, I decided to open my mind up to something I had dismissed. I am glad I did.

You see, Brad Paisley subverts the country genre and its cliches in the same manner that someone like Tim Keller subverts reformed preaching. Paisley is not an edgy preacher, like Rob Bell or Mark Driscoll. He is like Rick Warren if Rick were subversive in his message. Paisley wears the uniform of country music like a pair of weathered cowboy boots. He sings of trucks, alcohol, nostalgia, religion and sexual relations like any topical country singer/ preacher. He wears the cowboy hat, plays the guitar and has the same drawl of any number of hatted singers. In fact, he can be as trite, predictable, smatlzy and musically pedestrian as your typical country musician. But within that similar style, something special happens.

He turns the conventional country subject matter on its head, praising the election of President Obama, the future of humanity (as opposed to the "remember the good ole' days" shtick of most country music in which someone name calls a bunch of things from the 50s that nobody under 70 remembers), multiculturalism and empowering women in ways that would make the Dixie Chicks proud. Sure, he is not doing it in a way that would make a Liberal feminist from Greenwich proud, but these ideas seem to be very Blue State in a red state genre. But since he is seemingly conventional, he gets away with it. He gives people want they want and sneaks in a twist they can hear if they are listening (kinda like the parables of a guy I follow). In fact, he reminds me of the Christian writer Philip Yancy in this regard. Yancy would write for Christianity Today and bestsellers on subjects like non-Christians that saved his faith, anti-consumerism, pain and suffering with depth that would make any mainline theologian proud, but he communicated it in a manner that seemed safe (until you subtly started to agree with him). And I cannot believe Yancy can get away with some of the things he says in his books.

I think there are 3 kinds of preachers out there. The ones that beat you up, that do nothing, or the ones that tweak you. Guess which kind of preaching I like?

Paisley and Yancy, like the brilliant preachers, are the guys that wrap an arm around you, make you very comfortable and then kick you in the butt with a new idea or a hard truth (whispering it in your ear is another metaphor). Next thing you notice, you are agreeing with an idea you had previously missed. This is unlike most seeker preachers who wrap their arms around you, make you laugh and never get around to telling you anything controversial, or the Neo-orthodox young edgy preacher that walks up to you, tells you a joke and then, while you are laughing, punches you in the face (sometime laughing while you are bleeding).

Does this make Paisley the next Johnny Cash or the savior of an important genre? No. He is still a conventional country singer, but his subversion of the medium is refreshing. Just like some preachers that are changing the tide and allowing for people to think for themselves or giving a fresh perspective on the Christian faith through story and listening to other voices than what they were taught in seminary, Paisley gives hope to a genre lacking relevance beyond nostalgia. I hope he is only the beginning in a genre I love and I hope his example is followed by preachers, politicians and writers with traditional/ popular voices and pulpits.

For examples, check out these songs:

Welcome to The Future

Waiting On a Woman

hey, and speaking of Johnny Cash, I was thinking he might make a good post-- maybe put him in some historical context. Because I took your advice and picked up that "Best of Sun Years" album, and am fascinated by it as I listen time and again. I mean, Cash sings the most syrupy songs about puppy love and railroad nostalgia, right alongside songs about convicts, grim tragedy, and utter heartbreak. What's up with that? What was the prevailing ethos in country music then?

Thanks for the recommendation, btw. I'm digging Antlers, too, though Regina has yet to take hold of me. Keep those $5 recommendations coming!