worst album and song of the year 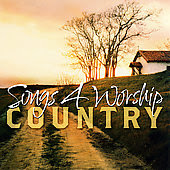 We take a break from our regularly scheduled program to announce the worst music of the year. Now, I am sure there are many worse albums, especially in light of the American Idol and Cock Rock growth. I mean, Daughtrey or whatever he is called was both cock rock and American Idol, so that should qualify him for inclusion on this list. Plus, Nickelback released an album this year.

However, today I saw an ad for Country Songs 4 Worship. I was subjected to Charlie Daniels singing (I use that term loosely) "Awesome God" (I kid you not), The Oak Ridge Boys (apparently they are still alive- and looking older than the Rolling Stones) giving us their Elvira-like rendition of "Come, Now is the Time to Worship", Rascal Flatts (the country NSync meets Nickelback) bringing us "He Ain't The Leaving Kind" (which I am sure would offend me greatly if I sat through it long enough to hear the lyrics) and a country version of quite possibly the worst Worship song ever- "I Can Only Imagine."

The worst song I heard this year was Todd Agnew's My Jesus at a youth camp. If you can imagine a cock rock Jesus song, kind of a Rich Mullins meets Nickelback or 3 Doors Down. he is attempting to be muscular and poignant, but he comes across as judgemental, shallow and simplistic. Apparently this is not a new song or a new album. However, judging from this song and what I heard on his website, it is safe to say it is typical of the artist.
Posted by DJ Word at 29.12.07

You have confirmed my suspicions. When I saw the Country Songs 4 Worship, A few things came to mind...

1) Good God, country and and bad worship songs together?!?

3) How bad is Charlie Daniel's version of Awesome God?

Country Songs 4 Worship. I saw that advertised on television and almost died laughing.

i actually saw the ad for this album last week and thought about purchasing it for james for xmas.

Seriously...that would have been a regifting for Preston's first birthday. I laughed my ass off when i saw that one on TV.