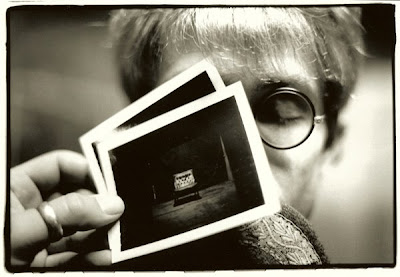 To some it is a travesty to see Vigilantes of Love and Bill Mallonee's name so low on this list. How could I not put Mallonee higher on the list? Apparently I don't really get Bill and his music or I would put him #1. To anyone that says this, I would share this posting, documenting why I think Bill is among the most important musicians of late Christendom, and this, a list of his Top 10 albums according to me.
Anyone that has known me for 10-20 years would find that very amusing, huh? I have seen him numerous times, hung out on occassion, promoted his shows, and bought each of his albums. Anyway, Bill and his band VOL are not the official band of Emergent. They are the official band of Narrative Preaching and (along with Rich Mullins) the band of Narrative Theology. I would also have them share the space with Over the Rhine as the official band of Literate Christians, especially those of a reformed nature.
As I will show momentarily the only reason VOL are not higher on this list are the things most of us love about them. Namely, VOL and their music are too grounded in the Southern experience (mine I might add) to be the official band of a movement as diverse as Emergent. The top 2 bands, while not as impactful on the conversation and its participants, are much younger and musically adventurous (it is my intention to move this conversation musically away from "what I and my ilk like" to something broader. Consequently musician #2 is someone I consider less the singer-songwriter than Bill. However, those in their 20s consider him godlike. Hence, #2's higher ranking. I am not Emergent's future. They are. So, their musician should be). 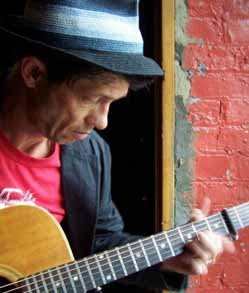 I would also add that the strong reformed undercurrent marking most of their 90s output would have Mark Driscoll and his followers brand them as the official band of that New Reformed movement. In fact, VOL is one of the bands that brought many of the early leaders of what is now Emergent (it was the Young Leaders Network at the time) and other groups together. It was a bit of an acid test for many of us. If you did not know and love VOL's music, how could you consider yourself someone that thought outside the "Christian subculture."
VOL was one of the common links between myself and the church planter, Chris Seay. We bonded over many things, but VOL was at the top. The words of Bill's songs spoke to both of us and helped our journeys to a more open ended version of the faith of our Baptist predecessors. Both of our minds had been blown by the best Americana album of the quarter century, Killing Floor and the southern rock gem (not the Lynyrd version of Southern Rock, but something deeper and richer) Welcome to Struggleville, an album that Capricorn Records should have promoted with the full fury it gave to the lesser artist 311.
Bills songs speak to the common experience most people do not express aloud, yet he sees the world through the eyes of a Jesus follower. This keeps the darkness at bay, like in our own lives. He sings of doubt, love and hurt in a rich baritone voice that bring the weariness of Dylan and the laid back energy of Tweedy into a neat package. No Depression magazine should have put him on the cover monthly.
Bill is also a storyteller on par with Woody Guthrie, Bob Dylan and Kris Kristofferson (better than Springsteen). In fact, Lyrically, very few artists, Christian or not, are in his league (in fact, there is no Christian lyricist that has written at such a high level for as long- not even Larry Norman). As I said in my tribute to David Bazan, Bill is a mini-novelist with a guitar, more in line with Welty, O'Connor, Percy and Faulkner than with today's musicians. He deserves a class in contemporary Southern Literature (yet, Oxford American has pretty much ignored him).
Bill has been on the verge of stardom more times than anyone can count, named among the greatest living songwriters in Paste, had great reviews in Rolling Stone, opening for a number of huge acts, signing major label contracts and having albums produced by big name producers. However, he has not gotten his due. While Sufjan Stevens and David Bazan, among others owe him great thanks for paving the way for their mix of the sacred and secular, it was not easy in the 90s for a musician not named Bono to stake that middle ground. While Derek Webb has a career doing exactly what Bill did, Bill struggles to find gigs. What is becoming commonplace for today's singers would not pay the bills in the past.
He is to the Emergent conversation and Emerging musicians the professor that got canned for expressing ideas that have now become the norm in seminaries. He wrote the books that influenced the books we all buy (musically speaking). Today's leaders can have an easier ride, content that they did this all on their own, forgetting about those that led the way, opened the doors and now struggle to get their music or ideas in the public, while they enjoy the free coffee, nice hotels, positive reviews, good book sales and health insurance paid for in blood and sweat by their forefathers (does anyone know if a Rob Bell type has ever had Bill play at Mars Hill?).
Do yourself a favor and listen to Bill. You can download it from him and he gets all the proceeds. You can invite him to your church, home or favorite bar. You can let him lead a seminar at your next event (he is a dynamic speaker and smart as a whip).
He may not be the official band of Emergent. But, we owe much to him. He is one of our fathers, like Brian McLaren, if people had ignored the beauty of his books only read Rob Bell and Donald Miller's latest. So, please take the time.
Bill's music
Bill's myspace
Posted by DJ Word at 7.4.09

"Do yourself a favor and listen to Bill...You can let him lead a seminar at your next event (he is a dynamic speaker and smart as a whip)."