Best of 2009 so far, Dirty Projectors

Bitte Orca by Dirty Projectors, another highlight of 2009, so far 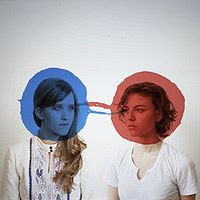 I have an admission. I really did not want to like this album. I have never bought into the hype surrounding Dirty Projectors and figured I could resist once more. I mean, it has worked with Animal Collective, why not Dirty Projectors? I figure this is one more example of people buying into the hype and going gaga over something needlessly weird, with no point to its weirdness (I love weirdness, but want to see a point). DP's past albums could be exercises in futile digging through a barely listenable album for gems- much like a Mission Impossible flick only with a more inaccessible plot.
Then I listened to Bitte Orca. It sounded pretty cool. Then I listened again... and again. It was strange, but Stravinsky or OK Computer strange, not Lou Reed's Metal Machine Music strange. I knew the leader considered himself a composer and the band was his orchestra. But, this is well beyond chamber pop, a genre I love but feel is limited.
I was hearing Beyonce. I was hearing David Byrne and the Talking Heads. There was a little jazz and a lot of doo-wop. Of course, I expected the Beck and Bjork, But, I was hearing Mariah Carey and John Lennon... often in the same song. What the heck?
Here is the most bizarre thing about this wondrously strange album. It works. Totally. In spades. It is inventive, but keeps itself grounded in traditional structure of pop music (I feel this is important and disciplined). It is unlike anything else out there, but strangely and warmly familiar. Best of all, it is fun. The first time you hear it, you may not like it. Keep listening.
I would not be surpised if this is my #1 album of the year. I cannot see it dropping out of the Top 3.
Start here.
Listen here.
Buy it here.
Posted by DJ Word at 29.6.09