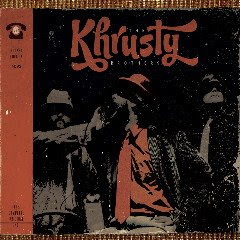 As I ran through the nominees for the Emergent Idol contest, a reader from Kansas City kept mentioning the Khrusty Brothers, the latest side project of Waterdeep's Don Chaffer. How I missed this when it came out in late fall, I will never know.
Needless to say, I have been listening since it was introduced to me last week and I am impressed. A little stranger than your average Waterdeep album, the Khrusty's are a Traveling Wilburys or Swirling Eddies type creation, complete with costumes, back story and stage show. Luckily for all, the also have the songs to compliment the creativity.
While the album is no stronger than your average Waterdeep CD (this is a compliment actually), there is a stand out on the album. Sympathy for Jesus is the strongest song Don (or Waterdeep) has done since Both of Us Will Feel the Blast. Nothing I can say will do justice to actual song, so here is the YouTube version of it live (sans some of the good lyrics cut due to it being church, and all).
Here is a link to the back story of the band in which you can listen to Sympathy for Jesus in all its glory (along with Both of Us Will Feel the Blast).
Here are the lyrics. You will see why nothing I can say does it justice.
I came stumbling into church with a hot gun in my hands
I was ready to talk to Jesus to tell him my demands
But Jesus ain’t no fool, he’s seen this kinda thing before

I said now come on that ain’t fair, you should be accessible to all

But I ain’t playin around, boy, at all

And I tried hard to remember every single shitty circumstance

Then I quivered like a victim with his predator in sight

Now you can stand right there and judge me,

shoot, you can send me straight to hell

I know you got the power, I know that fact full well

But before you do explain to me, Why suffering and why death?

And why did I pray all those years and waste all that good breath?

I give up, I can’t go on like this any more

Well I appreciate your kind, he said and then Jesus poured a drink

My face musta looked funny cause he said, It’s not like you think

And then I got my fiancee, she’s 'sposed to speak my mind

Here is a story, along with the song streaming.
Posted by DJ Word at 9.3.09