Andrew Jones, wanted for questioning in the death of the Emerging Church 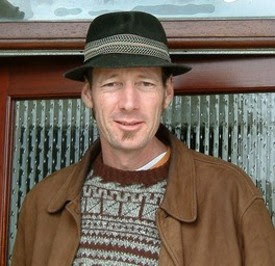 Andrew Jones, AKA “Tall Skinny Kiwi” is a person of interest in the possible death of The Emerging Church. He is wanted by the Minneapolis Police Department for questioning. “This is merely a discussion,” says Police Spokesperson Frank O’Reilly. “We are not ruling out natural causes, but due to some public statements on the part of Mr. Jones, we would like the opportunity to talk to him in our office, with his lawyer present.”

Mr. Jones, a native of New Zealand (and not a personal friend of Peter Jackson, apparently the only Kiwi that doesn’t actually know Mr. Jackson and has not worked for Jackson), was last seen in Europe with his family. Jones has no fixed address, but considers himself a friend of the Emerging Church. In fact, through public statements he has intimated his presence at the birth (or conception) of the Church. At this time it is unknown if Mr. Jones is related to the church (some say he is a parent) or was a doctor in the room at the time of its birth.

Mrs. Church, born in 1989, had many enemies and was rumored to have been suffering from a possible terminal illness. However, close friend Tony Jones of Edina, states that Mrs. Church was in fact only suffering from frayed nerves brought on by the stress of the impending divorce with The Origins Project. He said, “She was not feeling well, but I do not believe The Emerging Church was needing anything besides rest. In fact, should any foul play be found, I think there are other suspects in the case, including the Southern Baptist Convention and any of John Piper’s followers. However, I think she is not really dead. In fact, I think this report is premature. Yes, it seems as if someone has drugged her and left her for dead, but she will recover. I must believe that.”

Tony Jones, who is not related to Andrew Jones, but describes himself as a friend of Andrew, says that he is worried about Andrew Jones, who has had to live in multiple worlds for too long. “Eventually the stress may have gotten to him,” says Tony Jones, "In fact, while I don’t want to implicate him in anything unsavory, if anything has happened to the Emerging Church, I would look at Andrew as a suspect in a possible misguided mercy killing.”

Reached for comment, a lawyer for Andrew Jones stated, "my client would not participate in a mercy killing. In fact, he has very, very orthodox opinions on such issues. He is completely against euthanasia. In fact, he believes exactly what he is supposed to believe on all issues related to orthodoxy. Really. He does. However, Andrew did state to me that he was concerned for the life of the Emerging Church. Anything you have read from him is merely his attempt to show his love for a relative.”

Mr. Jones was last seen in with his family. He is very white and very tall. If you have any information related to his whereabouts, please contact the Minneapolis Police Department or Interpol.

he is also very good looking

I assume Andrew's lawyer is working pro bono as I don't see this Kiwi devoting money intended for missions to pay for this mess.

The Minneapolis police also need to investigate his heretical practice of using crepes not communion wafers as a means to bring together people in the body of Christ.