My top 10 albums of the year really includes a number of albums from last year's list. During the past year, I have found Regina Spektor's Begin to Hope, K'Naan's The Dusty Foot Philosopher and The Hold Steady's Boys and Girls in America at the top of my play list for months upon end. Anyway, since I cannot add those, my life is a little easier. Here is the Top 10.

10. M.I.A.- Kala (now we know what Lily Allen will sound like on her next album. Even better than her first album, this may be what revolution sounds like- dance music with a message)

9. Band of Horses- Cease to Begin (haunting and spectacularly layered, these guys write the most beautiful music I have ever heard by a bunch of grungy southerners. The music seems so effortless. It is as if they could make music like this in their sleep. Who would have thought that one of the prettiest songs of the year would be named after an average NBA Center from a decade ago?)

8. Iron and Wine- The Shepherd's Dog (a very big- small album, it is very experimental for a folk album. No longer content to be a southern Nick Drake, Sam Beam has decided to create something spectacular. This album is much more interesting than his previous works, even though they were very fine) 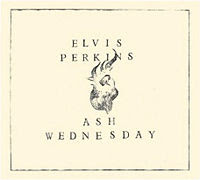 7. Elvis Perkins- Ash Wednesday (this album was heard by far too few. If you are a folk music person and this is not one of your top albums, you should give back your credentials because you know little about your chosen genre. He is hopefully melancholic with a masterful understanding- and usage- of the English language. Plus, his back story, which drives the music and lyrics is the stuff of film)

6. Feist- Reminder (yes, it was played too much, but who cares with music this good. I don't have to say much, since everyone has heard her and most have loved her, even if they act like they are too cool to like her. By the way, if you are cool, you listen- with the masses)

5. Tinariwen- Aman Iman "Water is Life" (so what would it sound like if a bunch of Bedouin revolutionaries listened to the he Grateful Dead and had a crackerjack guitarist? The Arab U2 instills its African tradition with serious rock-n-roll)

4. Radiohead- In Rainbows (their most accessible work in years, it is still nothing like The Bends. Unlike Wilco, which returned to a previous sound like the past 10 years had not happened, Radiohead channels Kid A and recent albums to create something warmer than I thought possible)

3. Okkervil River- The Stage Names (I have loved every album OR has made. However, this is their most complete and cohesive work of art yet. While previous albums let it be known that this is a band to be reckoned with, it is nice to hear what they are capable of. Plus, they really like Pet Sounds by the Beach Boys)

2. The National- Boxer (I am predictable, huh? This is an absolutely amazing album. I need to say little more about it)


and number 1 is? Stay tuned. It could be a number of albums I am yet to list. It could be Jay Z, or New Pornographers, or even Lily Allen. Is it The White Stripes or the Shins? How about Maroon 5? Yeah- not that one. I am sure it is obvious which album has not made an appearance. However, you may get more than you expect...
Posted by DJ Word at 29.12.07

this has been a really good list. i was glad to see Drop Kick in there.

you and i have similar tastes, albeat divergent in places. and i am not as schooled in the various genres as you.

you should consider writing about music profesionally my friend.

hey, what did mike say? write professionally about music? seems like i've heard that before--maybe you should start thinking about it... :)

I like your description of cease to begin. It is true, their sound is so effortless. I decided to learn to play funeral on guitar because I figured it was such a simple little song... it's nearly impossible, I gave up after trying for about 2 weeks.

Oh - and I've only glanced at the rest of the lists, but Bishop Allen should be higher. It takes about 10 non-stop straight through listens before realizing that though.