Derek Webb's latest is the opposite of the adage "show, don't tell" 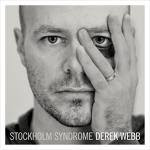 Generate is a great new magazine a number of my friends have been involved in getting off the ground. It is a beautifully designed and well written tome, aside from my reviews of music. Troy Bronsink, my editor for music stuff at the magazine has graciously allowed me to share my review of Derek Webb's latest album, Stockholm Syndrome on my blog. If you want to see it in all its glory, along with actual great writing, take this chance to head over to their website and subscribe today.

Here is the review... Sorry I am such a hater.

The Opposite of “Show, Don’t Tell”

SS is supposed to be an edgy album, one so controversial that the “Christian” industry won’t touch it. Why? Because he uses bad words and talks nicely about homosexuals. However, if slight swearing and surface-level inclusivism is as insurgent as "Christian Music" gets, our musicians have misplaced their prophetic voice. Larry Norman, Keith Green, Steve Taylor, and even Steve Camp were stirring the drink and exposing our wounds more effectively decades ago. Where Webb’s hero, Rich Mullins, would rather observe, entice, and question, Webb bludgeons us in the head by telling us what to believe (even if we agree with the sentiment). Like Mockingbird, this is a bunch of sermons with clunky rhymes set to bland music, delving into the pseudo-electronica of Bright Eye’s least successful album, Digital Ash in a Digital Urn, on some cuts for no seeming purpose beyond attempting to be “different.” If you like that sort of thing, then buy this album. However, you could just read God’s Politics while listening to Moby for the same effect.

Wow, this is an entirely thoughtless post. Though I tend to hold a completely frustrated bias against bloggers who impensively love/lust Derek because he's their epitome/hero of counter-cultural christianity, I can't stand the ignorantly jaded tone of this article. Webb has far more to offer than "sermons", "...Politics", and Moby-esque electronica ambiance...he's got the truth of God on his side and the heart to speak it out, knowing full well that bitter critics will rail him for it.

thank you for your self righteous thoughts, commenter.

I believe what drives us crazy is sub-par music from artists who haven't crossed over to understanding that "art" should be art and not so much a pulpit. It can be done but probably shouldn't be attempted by most "Christian musicians". They just don't have the chops. Perhaps they should focus on "art" and creating great music and let God do what He does best through transcendent art...Transcend!? It works for groups like U2 and Switchfoot because their music is good and comments without preaching. Perhaps then Art really will save the world?