2 deaths I am mourning 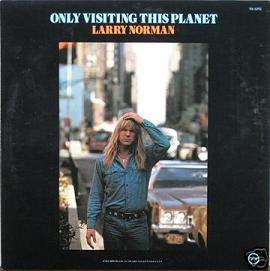 two of my flawed heroes died in the past few days. I have not thought about either one in the past few years. However, both were instrumental to my development politically and spiritually.

It probably won't surprise you to find that I want to honor the memory of Larry Norman, the father of Christian Rock and one of the best songwriters ever who died on the 24th. He was Rich Mullins, Keith Green and Derek Webb a long time before they were challenging people with their edgy and intelligent lyrics. However, he was doing it with no palette besides Bob Dylan and John Lennon. Only Visiting This Planet is simply one of the greatest albums ever made.

Today I learned of the death of the great William F. Buckley, Jr. It may surprise you to find that I, with my slightly unConservative leanings am a fan of and influenced by Buckley. He was a brilliant writer, prescient and funny (and my favorite conservative writer ever). His arrogance and intellectual superiority never bothered me (I think I wanted to be him, yet different). He challenged me and helped me navigate my childhood fascinations with

conservatism. As I left some of my early leanings, I still held on to many of the principles I learned from him- ones I will not go into now. I found some of his writings repugnant, yet always found him compelling. While so many of those influenced by him have become knee-jerk reductionist thinkers championing "conservative" principles culled from his writings, they have never read him (or Burke) or understood how he could disagree profoundly with another person politically and find that person a friend personally. He was a great example of us all in that area. Mr. Buckley- I thank you.
Posted by DJ Word at 27.2.08

My husband Mike and I had dinner and drinks with William F. Buckley when he visited the University of Maine in 1969. Mike was head of the consortium committee that invited him to speak. Buckley was a gracious and charming dinner companion, and while I disagreed with much of his thinking, speaking and writing, I was mesmerized by his elegance and wit.

I feel sad and somewhat diminished by his loss. Mimi Reid

David Brooks had a great story about Buckley last Friday on the NewsHour with Jim Lehrer.

http://www.pbs.org/newshour/bb/white_house/jan-june08/sbtxoh_02-29.html
(it's near the bottom under "Brook's Legacy")

"[Buckley] wrote a book in 1982 or '83 called "Overdrive," which was a little bit of name-dropping about his lifestyle, which was this grand lifestyle of skiing ... riding in long limousines.

So I was a smart-alecky college student, so I wrote a parody of his life, making fun of him. And I said, you know, he wrote three memoirs while he was in infancy, he founded two magazines, one called the National Buckley and one called the Buckley Review, which he merged to form the Buckley Buckley.

And so I made fun of him. And he came to campus at the University of Chicago where I was then a student. And he said, "David Brooks, if you're in the audience, I want to give you a job."

And that's how I became a journalist. And I went to work for him..."


The Economist also had a really nice article on Buckley's passing.
http://www.economist.com/world/na/displaystory.cfm?story_id=10766901

"Indeed, Mr Buckley's death comes at a time when the movement he created is at one of its lowest points in decades. Conservatives are uncertain where to go after the Bush-Cheney years. They are showing signs of intellectual exhaustion. And the crackpots, once exiled, are beginning to define conservatism once again. The movement has never needed a new William F. Buckley more than it does today."

I found another by Jacob Heilbrunn called the Last True Conservative.