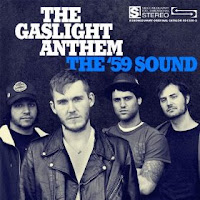 5. The '59 Sound- The Gaslight Anthem
(2 bands in a row that bow at the alter of Sir Bruce, and along with the other Bruce worshippers Arcade Fire, they are 3 of the best bands out there- and sound nothing alike. These guys are wonderful story tellers and passionate musicians, with an energetic sound, a little punk... but, not really. It is really just rock 'n roll, at once familiar and wonderfully fresh) 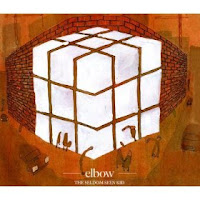 4. The Seldom Seen Kid- Elbow
(Winners of this year's Mercury Prize- the British Grammy, Elbow has finally arrived with a fully realized effort after years of potential. They walk that middle ground between Radiohead's artiness and grandeur and Coldplay's mass appealing pop) 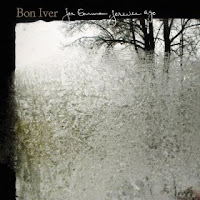 3. For Emma, Forever Ago- Bon Iver
(believe the hype. If you think malaise is a bad thing and depression cannot create beauty, stick with American Idol and stay away from this album that description never does justice. If I tell you a guy wrote and recorded an album on the cheap, singing falsetto and depressed about about his girlfriend would be among the best albums of the year, would you believe it? No. But it is) 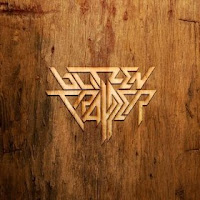 2. Furr- Blitzen Trapper
(this album is what Fleet Foxes claims to be. It is also what the last Wilco album should have been. I don't need to say much about it, just listen if you like alt-country, folk, classic rock from the late 60s or just good music) 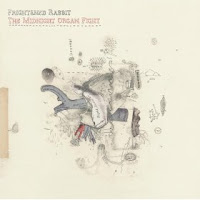 1. The Midnight Organ Fight- Frightened Rabbit
(best album of the year by a bunch of youngsters singing about sex. Yup. This is the only album I am sure would have been in last year's Top 5 or 10. Wonderfully emotional pleas for connection, sexual and personal with the opposite sex. The lyrics are deceptively intelligent and the singing is right on the edge of over-the-top without going over. Not a weak spot on the first 7 songs, something I cannot say about any other album this year)
what do you think of my list. Any complaints?
Posted by DJ Word at 23.12.08

Any top five list that doesn't include Coldplay, the Jonas Brothers or TI is wildly off base. Just my two cents...

Of your entire top 40 in music i could name like three artists...

can't complain. My forthcoming top 5/7 has like 3 metal bands in it.

Also: Hot chip- "made in the dark", for best electronica/dance songs. These guys keep doing funky unique things with their keyboards.

And: Throw me the Statue- "moonbeams", they are unique, but have qualities of lots of good bands.

And dude, you forgot to mention that the new ELBOW record sounds like Peter Gabriel...much more than the Radiohead reference (although I recognize that you meant it less about how they sound and more about who they are in the music world). Nice recommendation.

it takes a while for you to get around to reading posts from my blog, huh?

Yeah- I should have referenced Gabriel (here and with Vampire Weekend). Very different albums, but each great in its own right, I have been spending more time older M83 lately. this reminded me how much I like them (same with new Sigu Ros).