Back to something I actually know something about... music:
I think that 2009 is shaping up to be a pretty good music year, maybe on par with 2005, but not as good as 2006 or 2007. It is definitely better than 2008. 2007 was a ridiculously good year with brilliant releases by Radiohead, The New Pornographers, Okkervil River, Arcade Fire and The National along with really good stuff by MIA, Band of Horses, Elvis Perkins, Iron and Wine, Fiest, Lupe Fiasco and Tinariwen. In fact, any of those would have been in the top 2 of 2008, with only Frightened Rabbit (2008's best album) assured a spot in my 2007 list, had it been released a year earlier. However, looking back on it, I realize that The Hold Steady, Beck, Devotchka and The Roots all released very good albums.
2006 was a great year also, though not perfect (like 07). It gave us the first great release by K'naan (looking back on it- the best album of the year), along with greats from Jenny Lewis and the Watson Sisters, The Format, Regina Spektor, Gnarls Barkley, The Hold Steady, mewithoutyou, M Ward, Josh Ritter and Cold War Kids (many of whom released sub par albums in 08).
But 2005 was pretty solid but good, with great albums by only a few bands, Okkervil River, Arcade Fire, Sufjan Stevens (yes, it has been that long), My Morning Jacket and Sigur Ros. So, yes I think 2009 will be better than 08. It already is, and we have plenty of stuff on the horizon later this year (we are barely 1/2 way and many good albums come later in the year).
Over the next few days/ weeks I will try to give some thoughts on some of the new music I have been listening to and some that I am very excited about.
So, today lets focus on some exciting new music that is not out yet. 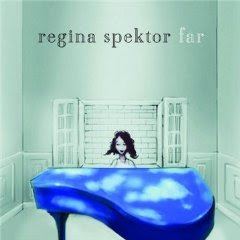 I am looking forward to Regina Spektor's Far coming out next week. The initial reviews are quite good andher last album is an all-time Bennett family favorite. Walking a line between the quirkiness of Fiona Apple and Tori Amos and the pop sensibilities of Ben Folds and a bit of Patty Griffin, each successive album by Spektor has gotten more acclaim and listeners. I have heard some of the new album and am impressed, knowing that her music grows on me over time (so if I like it today, I will love it next month).
The first single, the odd, compelling and singable One of Us for a new generation of listeners, entitled Laughing With is a distinctively Jewish take on God, which I hope will be a huge hit. I wish I was still a pastor or youth minister with a song like this to discuss with congregants. My kids already love the song, with Aedan asking for me to play it about 10 times in the car this weekend.
hear the song and watch the video.

Also, coming in August is the debut album by the band Fun. Consisting of the lead singer of The Format and a member of Anathallo, this should be a piece of sugary pop hiding lyrics full of melancholy and dark thoughts. I love that combination, which The Format perfected on an EP and album before saying goodbye to a cruel world unable to fathom its greatness.

The first single, At Least I'm Not as Sad (as I used to be) is a perfect example of the layer of sugary sweetness covering a bitter inner cookie. Listen on their myspace page. Judging from their show a few weeks ago, I think this is an indication of the direction of the album with some nods to the aforementioned Ben Folds along with poppy masters like Cheap Trick, The Bay City Rollers and Fountains of Wayne. The previewed songs are great and I cannot wait to get my hands on the final product. 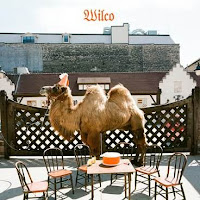 I have heard the streaming from Wilco's latest and it is a vast improvement over Sky Blue Sky. While some Wilco cultists loved it despite the fact it was terribly sub par, I think this latest hearkens back to the more experimental sounds of previous releases, while looking forward and trying to be a rock band. I expect that I will like it a lot after multiple listens, but doubt it will be at the top of my year end list (it should be around #8-10 according to my predictions) like Yankee Hotel Foxtrot and A Ghost is Born.
If you want to hear my take on the problems of Wilco's last album versus other bands (see Radiohead and U2) moving forward by reengaging their past, let me know and I will do a posting.
Lastly, I am also excited about the next albums by Magnolia Electric Company, Dinosaur Jr, Pearl Jam, Jay Z, Beastie Boys, New Pornographers, Modest Mouse, Gillian Welch and maybe the Fugees, all expected to be released this summer or fall.
Posted by DJ Word at 18.6.09

i too am excited about fun. Anathallo is one of my favourite bands so i am looking forward to see that combined with half of the format.
i would be interested in the posting on artist's re-engaging their past, but i may be the only one.. (kidding)
I have wilco (the album) and am thoroughly impressed with it, Sky Blue Sky was nothing short of a disappointment..