I care deeply about Social Justice, except when it comes to my computer 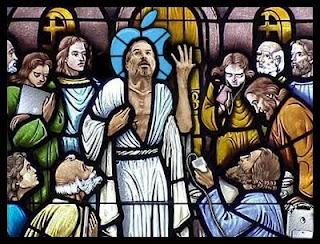 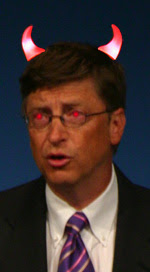 VS
This is possibly the most controversial blog posting I have created. It is not particularly poignant or well written. But, in some ways I hope it gets traction to further a conversation not happening. Of course, I can imagine the reaction, even from some of my progressive social justice oriented friends. Why? Because I am questioning one of their first loves and a VERY SACRED COW in the world in which I reside, something that (from tweets and facebook statuses) seems to take precedence over every other issue in their lives.
In fact, regarding this subject I was going to do one of my typically sardonic and immature satirical pieces in which I have Steve Jobs introducing the iPad to a pastor's conference saying it will cause people to read the Bible and do more for Christianity that anything since the printing press and Gutenberg Bible. But, I changed my mind and decided to be more pointed. It all came down this week because everyone was talking about Steve Jobs and his introduction of another gadget, as Bill Gates got no traction for his announcement of the aims of his foundation for 2010. Of course, while one will let us read books and surf the web in cool new ways, it won't save the life of a damn soul. The other just might.
So are my questions (and I say this as a household in which 3 iPods, 1 iPhone and an older Mac Book reside).
sure I am setting up a bit of a false dichotomy for my own selfish purposes
Why does our love of technology trump our love of Social justice? Why do we still vilify (to an extent) Bill Gates, going out of our way to dismiss him while treating Steve Jobs as the second coming of Jesus and every product he sells us for an inflated price as Gifts from the Magi?
Why do we skewer consumerism, especially in the church and amongst those we disagree with while acting like children following the Pied Piper of hyper-consumerism when it comes to technology?
Why do we hand our money to Steve Jobs and ask nothing about what he does with said money? Why don't we rush out to buy Microsoft products, even if they are not superior (and less cool) to Apple products? Have you seen how Bill Gates chooses to spend his money? Have you seen another person so hellbent on spending every penny he has for the betterment of the world around him?
So many people that talk about how america spends its money, how churches and corporations pend their money fall silent when the conversation turns to Apple vs. Microsoft. Why is that?
I heard an interview with Bill Gates from a few years ago in which he calls himself a "steward" over and over again, in which he said he plans to leave $100 million for each of his children and will spend the rest on trying to save the world from poverty, malnutrition, disease and lack for education. Sure, leaving his kids $100 million apiece sounds ridiculous to us, until we realize that is like a millionaire leaving each kid $10K.
In my search for Steve Jobs and Apple's charitable contributions I found very little. It is my hope that it is because he is a notoriously private man that gives away millions of dollars per year behind the scenes. Sadly, he has a reputation for giving very little away. Of course, Bill Gates reputation for giving is well deserved.
Look at this book of Steve Job's philanthropy (it is a joke, but there may be some reason it is out there)
Here is an article from 4 years ago asking which one should be the bigger star
Here is Bill Gates latest letter from his foundation, along with an interview
Again, I am not questioning Steve Jobs, as much as I am asking which company deserves a little less grief from supporters of Social Justice issues that tell everyone to put their money where their mouth is in every area... besides the cool stuff we buy. I am questioning our commitment to put our money where our mouth is and to ask some questions of the maker of our most precious products.
I must say, in the end one will be remembered for what he did with what he was given more than he will be remembered for all the cool things he made (sounds almost Biblical). I have no idea about the other guy. But, I know which one I will be telling my grandkids about and hoping they emulate.
more on the Bill and Melinda Gates Foundation
Posted by DJ Word at 29.1.10

Amen. as a fellow apple user (but not of all the latest greatest stuff, no iPhone here...), it does bother me the my friends talk about apple always get the newest thing. someone even recently flaunted how they always get the new stuff and just sell off their perfectly good older version. and this was a missional pastor concerned with social justice. Hello?!?

Interesting question. I'm not sure I buy your argument without more facts. (I know you're just trying to stir things up cause its what you do.)
Jobs is no pauper, but Gates does have him 10 to 1 in wealth. See the Forbes link below.

What I've found is that those in the business world with excess success tend to find God at a certain point. Your conclusion is easy because Jobs is not likable. He's arrogant, divisive and definitely an "us or them" kind of guy from what I've read.

Gates, while very philanthropic now, was (is) a ruthless businessman. If he was such a great guy, then why start the unsustainable, erratic upgrade mania that characterizes Microsoft's products. What about the "Dos" guys? Did he feel any remorse or charity towards them? How bout Vista? Yes, I know that occurred when he was not fully engaged with the company. but I'm sure he still has a hand in things.

The bottom line (for me) is that Jobs and Gates are a ying and a yang. Each drove the other to some degree at some point to strive higher. When you talk to your grandkids, make sure they knw the whole landscape that got us where we are today - with choices. As for the Ipad...I don;t think so.

Rick, so we tangle again. Before I write my comment I will give full disclosure, I work for one of these companies, having said that I will move on.

I think you have a classic straw man here. Bill Gates gives away his wealth at a rate that is probably painful, Steve Jobs does not give at that same rate.

If your problem is with the media covering technology over giving. You win. They will always cover something that sells, unless there is an earthquake and then they will cover that if Anderson Cooper is in the country. So if that is a statement I think it is apt.

If you think that we should buy Microsoft instead of Apple because of the giving habbits of the Current CEO of Apple vs the Retired CEO of Microsoft then I think we have a problem with the logic.

The caveat to that is that you can buy whatever you want, no problem.

Here is where it gets weird. Apple takes care of their employees. More so than microsoft, I believe. Their benefits packages that have recently covered even part-timers are huge and that is one of the main reasons that I work for the company. Secondarily the company is the most eco-friendly computer company out there.

On the flip side, Microsoft doesn't make computers. You aren't buying one computer over the other. If you want to reward MS for their retired CEO's giving structure. Then buy Microsoft Office for you Mac or install Windows 7 on your mac.

I think your arguement should really be about buying an XBOX 360 over a PS3 or a Wii. They are different companies doing different things. But I can't imagine why you would feel guilty for owning macs here. You aren't part of the problem. If you still feel bad, go buy a 360 and install some microsoft products on your computer.

Really want to stir up some shit, what does it say that the richest man in the world got his money from stealing the ideas of one of his friends. Does that negate the fact that his theft money is going to the good. Now there is a blog post.

Thanks for the thoughts Rick, but I think you need to compare Apples to Apples here and not feel so guilty.

I think that it is admirable that Bill and Melinda are leaving their children very little comparitively and donating the rest to charity...makes you wonder what the rest of the "old rich" are doing spoiling their children with so much more than is practical today....