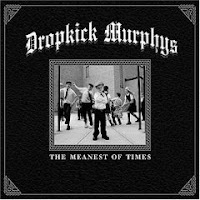 40. Dropkick Murphys- The Meanest of Times (simultaneously America's best traditional punk band and its best Irish jig band. The State of Massachusetts is easily one of the best songs of the year, and the only one not on a hip hop album about single moms struggling with poverty) 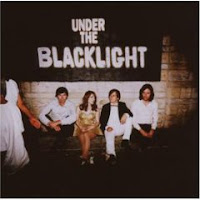 39. Rilo Kiley- Under the Blacklight (how can an album be among the biggest disappointments of the year and be #39 on my list? When their last album was wonderful and their lead singer's solo album was among the best music of 2006. That is how. Many of the songs are still good but the edge is gone as they try to reach the masses. It is too clean and produced) 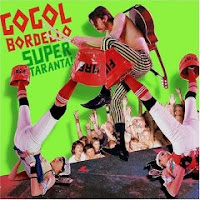 38. Gogol Bordello- Super Tarantula! (some call it gypsy punk. I imagine Beirut or Devotchka stuck in a bathroom with System of a Down. It is completely off the wall and quite wonderful- and abrasive) 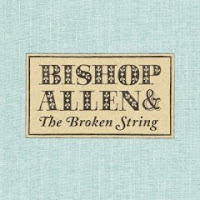 37. Bishop Allen- and the Broken String (Modest Mouse meets Page France. Deep within the bowels of this album is a wonderful amount of hidden insight, along with pretty songs and history lessons. This is a very underrated album)

36. Levon Helm- Dirt Farmer (best traditional or Americana album of the year, it is also the best album ever by a 60-something year old former rock drummer recovering from throat cancer. The voice of The Band on classics like "Up on Cripple Creek" sounds perfect on traditional music that should have been produced by T Bone Burnett)

35. Oakley Hall- I'll Follow You (reminiscent of Waterdeep, this alternative country rock/ Americana band has released a much better album than their acclaimed previous releases. "Rue the Blues"is one of the cooler songs of the year and the rest of the album offers trippy, psychedelic country that an Indy rockin' small town southern boy like me understands)

34. Mavis Staples- We'll Never Turn Back (I am surprised how much I liked this album by a Gospel legend. The hype is correct)

33. Battles- Mirrored (Atlas is one of the year's best songs and my son's favorite- "play the robot song." I never knew Math Rock could be so fun)

32. PELA- Anytown Graffiti (just rock and roll with a little Bruce, a little Bono and a bit of the Pixies. This is a great debut album by a band with loads of potential. If you like powerful, emotional, anthematic music with a touch of sadness buy this under-appreciated album)

31. The Twilight Sad- Fourteen Autumns and Fifteen Winters (reminds me of the 80s UK bands like the Alarm and Big Country. I really liked those bands and I like these guys)

30. Once Soundtrack (Since some of these songs are from last year's The Swell Season album from 2006, I almost didn't add it. But, no one bought that album and the songs are beautiful. It is a bit like Damien Rice with more tenderness and less pathos- but some pathos)

29. Eddie Vedder- Into the Wild Soundtrack (much better than I had expected. Vedder has always sounded great on Pearl Jam's acoustic numbers and this album has typically sparse instrumentation)

28. Modest Mouse- We Were Dead Before the Ship Even Sank (all the year end lists seemed to forget this album. Was it too fun, filled with too little brooding? The lead single, "Dashboard", was the best single of the year not named "Umbrella" and the addition of Johnny Marr as guitarist was brilliant move)

27. The Cobalt Season- In Search of a Unified Theory (it was hard to know where to put an album by a close friend. I decided it needed to be here, quite arbitrarily. This is a tough, yet quiet album. My daughter thinks he and Josh Ritter are the same guy on record. This album is very significant spiritually and deals with huge theological issues in a very personal manner- which we all need to do)

26. I'm Not There Soundtrack (there are many bad songs on this double album and some that take no chances. However, there are at least 10 great or very good versions, which makes this better than most albums of the year, especially in the days of an iPod. Check out Sufjan Stevens, the Hold Steady and Richie Havens. Just stay away from Cat Power's dull rendition of one of Dylan's best songs)

25. Bruce Springsteen- Magic (the elder statesman is the inspiration for some of the best music out there- the Hold Steady, Pela and Arcade Fire. However, that does not mean he does not still rock. Not to be relegated to the oldies, Bruce is still making powerful, important music)

24. Blitzen Trapper- Wild Mountain Nation (a little Grateful Dead and a little Pavement but more raucous. This is music to get the alt county and the jam band crowds dancing together while the Indy Rock scene kids stand in the corner acting like they are cool-but secretly wanting to dance)

23. Panda Bear- Person Pitch (Okay, I think Brian Wilson is a genius and Pet Sounds is the greatest album ever made. This guy bows at the alter of Brian, yet attempts a grander, huger sound. Beach Boys as stadium rock with more drugs. Many think this is the best album of the year)

22. Andrew Bird- Armchair Apocrypha (he is a poet, a masterful violinist and quite the whistler. Luckily, he also has a great pop sense and knows how to write a good hook)

21. Wilco- Sky Blue Sky (another high ranking disappointment. While some praise the return to an earlier, simpler sound and Tweedy's hopeful outlook, I do not listen to Wilco for such things. If Radiohead returned to Pablo Honey or U2 returned to War, I would be less than happy. If they want to rediscover their past, they need to do it through their present. My Morning Jacket may have now overtaken them. At least the songs are good and it sounds nice in the background.
Posted by DJ Word at 23.12.07

Kind of crazy but i know of maybe 6 of these albums. Most of the artists i've never heard of. I remain superbly impressed with your music knowledge.

I like your point in the Wilco paragraph, about artists returning to their roots. However, i would be overwhelmingly happy if Metallica were somehow able to return to their Master of Puppets and Justice days.

good point on Metallica. The difference (to me) would be that Metallica has not grown artistically through its new music forms as much as we would like. So, a return to its hay day would be a good thing.

Whereas Wilco (and Radiohead or U2) has continued to grow musicially and expand their sound (if Metallica had exapnded their sound and created some thing new can you imagine? I get goosebumps thinking about it).

Even the new Radiohead, which is much more melodic and radio friendly than they have been in years, still keeps the last 10 years of progression in tact. Same thing for U2 (which I know is not your fave). They did not retreat from Zooropa and Pop. They took the good things from that era and went back to their anthem days to create a new U2 sound.

Happy Xmas (wish War was over).

I agree on Metallica having not grown musically. The only thing they've really grown is ego and $$$. Bob Rock smells.