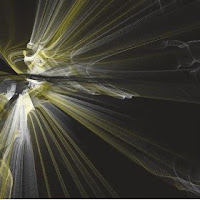 20. At War With Walls and Mazes- Son Lux
(almost indescribable.  For fans of Max Richter and M83. Post classical 1 man band with shifts and turns and surprises befitting an M Night Shyamalam film) 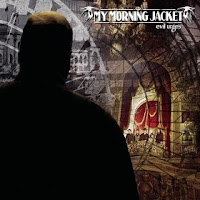 19. Evil Urges- My Morning Jacket
(yeah, I did like it. So what? Was it any where near as good as Z? Nope. But, they are stretching themselves and moving into some interesting territory. This albums suffers from poor song order, not bad songs) 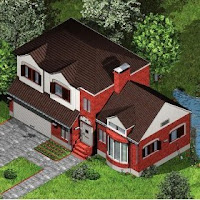 18. Everything That Happens Will Happen Today- Brian Eno and David Byrne
(this does not sound like music by a couple of guys pushing 60. There are flourishes of every genre on this album, even Gospel. More than just ambient or white-guy world music) 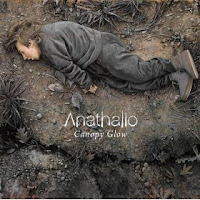 17. Canopy Glow- Anathallo
(for those of you that like their Sufjan a bit more emo, or their emo a bit more Sufjanesque. However you state it, this is a wonderful little album) 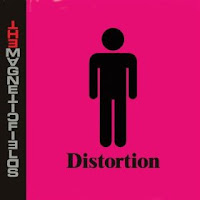 16. Distortion- The Magnetic Fields
(not the chamber pop they are known for, but a strange combination of Jesus and Mary Chain-like distortion- hence, the name- and sweet harmonies on top of the typically cynical lyrics) 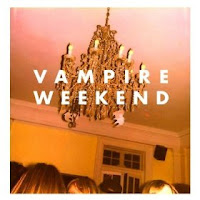 15. Vampire Weekend- Vampire Weekend
(very good album by guys with immense songwriting skill and lots of talent. However, it still strikes me as cold, as I have stated. Still, the songs are ridiculously catchy) 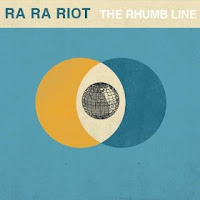 14. The Rhumb Line- Ra Ra Riot
(a lot of people think they have heard it before and a lot like Vampire Weekend, but the passionate delivery separates them from VW and the like. They did not get the same press as VW and suffered from comparisons to Arcade Fire, but this is solid album) 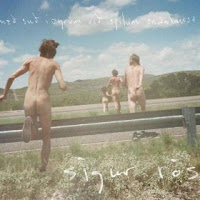 13. Með suð í eyrum við spilum endalaust- Sigur Ros
(not more of the same, but very different. It is like they discovered song structure and decided to write catchy songs, but it is still Sigur Ros doing it. There are vocals you can understand and some general happiness and warmth) 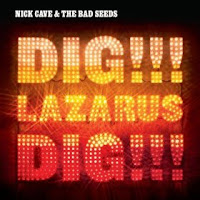 12. Dig, Lazarus Dig!!!- Nick Cave and the Bad Seeds
(as I have stated, I am a huge fan of the Dark Lord and Master of Music. If you can imagine a gothic Dexter that loves the Bible, you can get a flavor of the wonders of Cave. This is his best album in a long time) 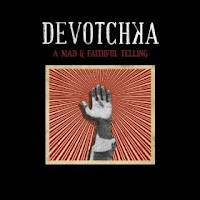 11. A Mad and Faithful Telling- Devotchka
(I am learning that most people do not like these guys as much as I do. This is more of the same, but even more consistent than past efforts. They have added strings to the Eastern European Gypsy Pop by way of flamenco) 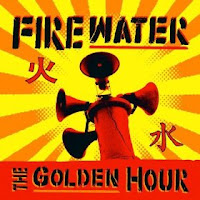 10. The Golden Hour- Firewater
(very similar to bands like Devotchka and Gogol Bordello, combining the gypsy punk with less obvious world music influences. What separates this guy from the rest is the lyrical content, which is that of a frustrated Expat) 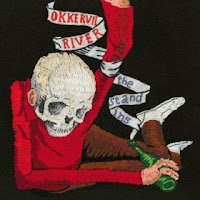 9. The Stand Ins- Okkervil River
(while it is no the The Stage Hands, this "minor" effort by OR is still head and shoulders above the competition. While Ryan Adams and Conor Oberst get all the press and praise, Sheff writes and sings circles around them) 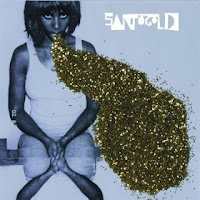 8. Santogold- Santogold
(I love the 80s and I love very well done pop music. This is sugary pop perfection mining the same area as M.I.A. and Lilly Allen and just as good. If you want to dance and feel good, this is the best album of the year for you) 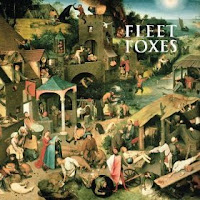 7. Fleet Foxes- Fleet Foxes
(It is on everyone's list. While they are a bit too precious for my sensibilities, the harmonies are on a Brian Wilson/ CS&N level. As I have said before, I am not a huge CS&N fan, but love Brian Wilson. I do wish church choirs sounded like this) 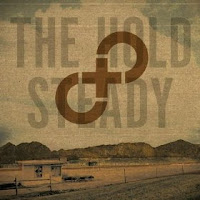 6. Stay Positive- The Hold Steady
("Their Sing-along songs will be our Scriptures." That sums these guys up. They extol the virtues of rock 'n roll with simple eloquence, turning a drinking song into a rumination on God and death and telling stories of heartbreak that sound straight out of a classic American short story. Man, I love these guys)
Posted by DJ Word at 22.12.08

Are you reading byrne's blog? It's the best travelogue out there