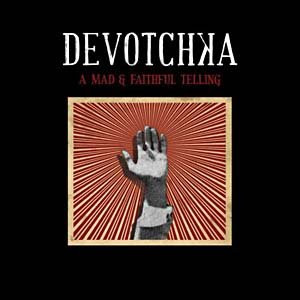 Some would call me a music snob, but I do not think that is true. My love of all genres and lack of prejudice regarding popularity, "street cred" or labels prove my position. I mean, I like Hanson, Cheap Trick, Michael Jackson, The Electric Light Orchestra, Madonna, U2 and Huey Lewis. You cannot be a snob and like those artists. Sure, I am picky. I have high standards. But, I am not a snob.
As said by Bill Pullman to Alan Rickman in Bottle Shock, "you're a snob. It limits you." I don't want to be limited by being snobbish towards country, rap, gospel, doo wop or pop. I believe good music, good writing, good music and good beer can be found anywhere (my favorite Tampa eateries are cheap and fast, but special).
Sure, I don't like American idol, but that because I hate musicians and art held up as a popularity contests and competition based upon who "does better" on an individual week, forcing them to jump through hoops to garner ratings and see who can "wow" people the most and get the most votes. Voting on music sickens me and cheapens art. There, I said it.
I mention this because I take my recommendations for artists I think others should listen to seriously. I am not interested in promoting the next big thing or someone cool only because you have never heard of them. While I listen to a lot of music, I filter everything and let only a few artists through because they fit the criteria I look for (see this). Once I find an artist, I want to share them, no matter the genre, the popularity/ obscurity or what the Indie Police (Pitchfork and the like) say. I am not interested in being the first on the block to mention a band (I call these people Immedianistas- they have to be the first to comment on anything). I am interested in above average music.
That said, I want to share a few bands that have been striking me as of late, some of which have new albums out and some don't. However, for some reason they have not hit the mainstream at a level that should accompany their sound.
The first such band I mention is Devotchka, from Denver, Colorado. Their last album came out in 2008 and made my top 10 list. 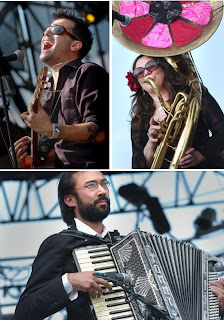 Like many, I discovered Devotchka when they did the Little Miss Sunshine soundtrack. After garnering a Grammy nomination for that music and good press from Rolling Stone, I thought their next album would be huge. However, it flew under the radar. While critics and bloggers were extolling the pleasures of similar world music influenced bands like Firewater, Beirut, Gogol Bordello and Andrew Bird (all of whom I like, but pale in comparison) . Somehow Devotchka's brand of Eastern European influenced gypsy rock with Gothic dark undertones and a beat you can dance to has not caught on in America (violins, trombone, accordion, etc.). There are flourishes of Ennio Morriconi (the composer), Morrissey and the Smiths, Arcade Fire and Tom Waits along with polka, circus music and Cabaret tunes. It is great stuff, sounding like nothing in your record collection or on the radio, yet surprisingly accessible and fun. Somehow, with all that happening, it never sounds forced, contrived or hokey. It sounds like great theatrical rock and roll, albeit with different instruments and sensibilities.
If you listen to world music, or just like good Indie Rock, I would recommend their last album, A Mad and a Faithful Telling, along with their work on Little Miss Sunshine. How it Ends is also quite good. If it does not strike you at first, keep listening. They are one of those bands that get better with each listen, that I never grow tired of.
listen to them here or at their website.
Here are a couple of videos: Til The End of Time from Little Miss Sunshine
How It Ends
Here is a link to a radio show introducing their music.
Let me know what you think.
Posted by DJ Word at 21.5.09

Yes, these guys are very good. A friend told me about them prior to Little Miss Sunshine soundtrack and we have fallen in love with them since.