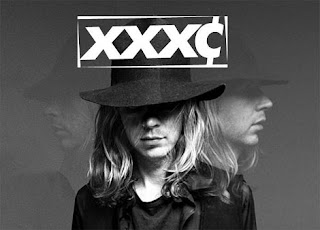 Beck is not the official band of Emergent. He is the hip cousin of Emergent that tried another religion but we need to listen to (I would consider him more generational and musically emergent than philosophical). We want him to come to our Cohort or church or just hang with us and teach us some things about music we can steal for our churches.
While I am not going to dig deep into the catalog of Beck at this time, I would recommend Everyday Apocalypse by David Dark which devotes an entire chapter to the spiritual themes of Beck's music (sadly this is pre-Sea Change). What I find special about Beck is not his lyrics, which can be quite provocative and significant. I listen to Beck for his musical ideas and his ability to stretch the palette of what is folk, electronic, white boy soul. He has deconstructed each of those genres and emerged with a new form of music, at once as forward thinking and creative as Radiohead, yet accessible, fun and (yes) danceable.
In some ways Beck is the epitome of musical emergence and the ancient/ future (understanding that rock's ancient/ future is about 50 years old) ideals of today's new strands of Christianity. He began by melding blues, folk and electronic music on Loser, moved us to the white boy funk/ hip-hop of Odelay and Midnight Vultures, turned into Bob Dylan or Tunnel of Love-era Bruce channeled through Radiohead on the sad masterpiece Sea Change, went back to the future on Guero, brought all this diversity together on The Information and showed us the future on the impressive Modern Guilt, his most realized album to date.
He is the future of music and must be listened to and studied. I know; I have not even touched his lyrics, but they are only icing. The cake is the music.
Posted by DJ Word at 23.3.09