overrated in 09- Don't believe the Hype! 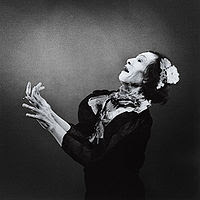 Antony and the Johnstons The Crying Light. Everyone is going nuts over the self conscious and deliberately odd piece of above average music with some form of originality pushed by music critics that want to expand our horizons without really expanding anything. If you think Joanna Newsom or Joan as Police Woman is special, you will love this. I don't. It is fine, may even make my year end Top 40, but c'mon. 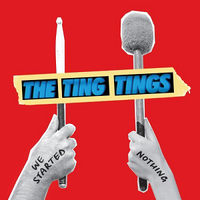 The Ting Tings- We Started Nothing. Been there, done that. Terribly slight redux of Blondie, Lilly Allen and every other "smart" pop singer. You get the idea. But, I do like it... just not that much. 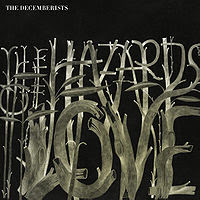 The Decemberists The Hazards of Love. The Decemberists release an album. It must be great, right? No. As their popularity grows, I become less impressed each successive album since Picaresque. 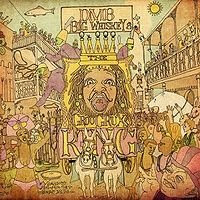 Dave Matthews Band Big Whisky and The GrooGrux King. I know. I know. Someone in the band dies and they release an album in his honor, so we must love it or we are jerks. I am a jerk. Plus, I never drank the Kool Aid. I have seen them numerous times and followed them back in the day as a resident of Richmond, VA their old stomping ground. They have had some great songs and solid albums, but only one truly great one, Before These Crowded Streets. This album is NOT worthy of being in the same sentence. It is fine, but sounds too much like other stuff. It may grow on me, but it is not their chef-d'oeuvre, as Rolling Stone declares.
Posted by DJ Word at 19.6.09

as for DMB...I have never been a huge fan...but the new album is quality. there are some very infectious (the good kind...not the "all the single ladies" kind) tunes on it. but hey, i liked "everyday" too...so what do i know?

i think the DMB album is the best since Busted Stuff.

Jason- I would agree. However, the albums since Busted Stuff are not very good. So the bar was low.

I just think the hype is a bit extreme for a good album, not their best.

thanks for pointing out the ting tings release date.

Thanks for all you posts about music. i'm forever in debt for introducing me to the likes of Blitzen Trapper and Freightened Rabbit, so I thought I'd throw a recommendation your way: David Vandervelde and the Moonstation House Band. It sounds like Blitzen Trapper's "Furrs," album meets T-Rex.

Your description sounds great. I have heard his name, but not the music.

I look forward to hearing him.