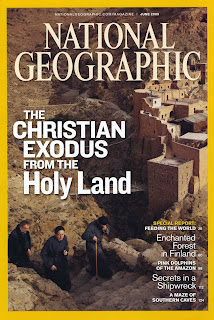 The stories in this enlightening article about Arab Christians are the stories of my friends. I have mentioned it before on this blog and talked ad naseum about the plight of Arab Christians. This is mostly due to friendships gathered during the past decade (actually this weekend marks the 10th Anniversary of an invite as speaker at ’s Arab Baptist Conference). What started with my assumptions about Arab Christians quickly became a lesson in how pointless assumptions are. I actually thought I was going to be with a group of extremely modest dressers in hijabs or burkas that would be offended by what I might say (kind of a combo of Muslims and Independent Baptist). This was nothing like what I encountered, the most hospitable, hip, well dressed and financed group of friends that kept us out too late and made fun of each other unmercifully (and made fun of me for being extremely white). In other words… my kind of people.

These are the stories of Arab Christians many of whom are from the Levant (, , , and ), where Christianity was founded and flourished for centuries. Now Christians make up about 8% of the population (down from 25% a century ago), mostly in and have all but left places like the area surrounding . They have left because of violence, oppression and pressure, not just from Muslims, but from Israelis and ’s foreign policy which at times put them in danger (see the plight of Iraqi Christians since our invasion).

link to article
hat tip to Derek via David Dark.
Posted by DJ Word at 2.7.09

speaking of pointless assumptions, here's a question: do your arab christian friends refer to the One true God as God or Allah?
(la ilaha illallah!!!)

it is quite simple actually. Those Arab Christians that still speak Arabic, use the word "Allah."

Those that speak English use the word "God." To most of them, it is a language issue, nothing more or less.